Android is one of the best mobile operating system in the world, we all know that. According to recent reports, the number of android smartphone users will approach 2.5 billion by the end of 2015. Similarly, iOS is another widely used mobile operating system. When a person wants to buy a new phone, he consider android and iOS his first choice.

Those who want to run and customize device according to their needs, choose android, whereas people who look for professional OS, choose iOS. So both users don’t get benefit of each other operating systems as apps made for both are coded in such a way that they run only on those devices which runs on supported OS. That’s why iOS users can’t run android apps and android users can’t run iOS apps on their devices. But as we all know technology is improving day by day, so some people have made iOS emulators for android. 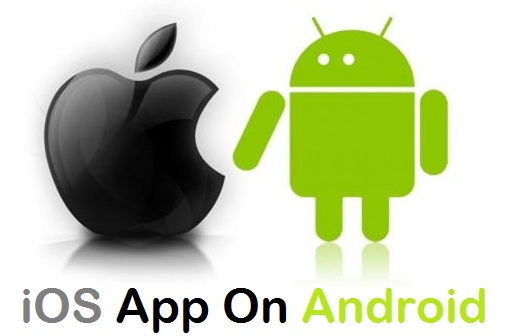 When we talk about iOS emulators to run iOS apps on android, iEMU is the first choice of people. iEMU can be downloaded for free. By using this emulator, you can easily run iOS apps on your android tablets and mobiles. The most amazing thing about this emulator is that it supports almost all gamepads including Xperia Play built-in gamepad. I would like to share an important information with you about this iOS emulator, which is that when you will install this iOS emulator on your android device, then it will be installed with name Padiod. Do note that this app supports only .ipa or .zip file.

With this iOS emulator, you can bring complete iOS experience on your android device. Basically, you have to download this from below link, and you can start using it just after installing it. Cycada works on a different principle, hence it better in some expects from other iOS emulators for android. This amazing and useful app works on a new method, which is known as compile-time code adaptation. Cycada is also known as Cider project and it is still in development mode, so don’t expect something advance from it.

So friends, you have reached the end now. I hope you have liked my post about best iOS emulators for android. Emulators are the best way in which you can run apps and enjoy different OS on a device, which runs on different OS.Though there are many more iOS emulators for android available over the internet, which allows you to run iOS apps on android for free, but still I will recommend you to choose any of the iOS emulator mentioned above as they have some unique features, which can’t be found in other similar iOS emulator. So what you are waiting for, download iOS emulator for android now as start running iOS apps on your android mobiles and tablets.