In September 2008, T-Mobile announced the T-Mobile G1, the first smartphone based on Android and within few months, Google rolled out Android 1.0 which went very well. From then Google is releasing new versions of android as the number of Android Users around the world is increasing day by day. Let me give you a quick stats about the release date of each android version. Have a look.

Apps for the android mobile devices can be downloaded from Google Play Store, which was made specially for android users. It is an app market for android users from where they can buy or download games and applications for their android devices. For the users Google is trying to make android more and more customizable and user friendly. Google provides major incremental upgrades to Android every six to nine month which users can install on their devices over the air for free. As I told you above, the latest major release is Android 6.0 “Marshmallow” which was released on 29 September 2015 and devices are getting Marshmallow updates slowly and gradually.

We all know that Google cares about its users and loyal customers, so there is nothing to be worried about when it comes to security of android devices. All of the android applications run in a sandbox which is a special area where apps does not have access to the rest of the system’s resources unless the admin allows them to do so. When you are about to install an app on your android device, Google Play Store displays all information about the app along with its developer and the things which the app can access on your device.

There is a lot more information about the Android available out there , but to make it more interesting to read, today here in this post we are going to show you detailed history of Android and its evolution from Cupcake to Marshmallow in an Infographic so that you can find it useful and comfortable to understand. 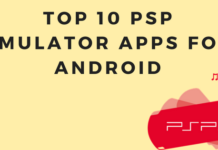